What will be the role of humans in a future AI driven world? As algorithms begin to optimize nearly every interaction and aspect of our lives, the last remaining role for people may be performing the emotional labor to act as human interface to AI systems.

The 24H HOST performance is a small party that lasts for 24 hours, driven by software that automates the event, embodied in human HOST. Every 5 minutes, one guest departs and a new guest arrives. Over the course of 24 hours, the HOST becomes increasingly depleted, but the software system drives her to continue, as the guests endlessly cycle through…

The physical performance took place at MU Artspace 25-26 November. Those not in Eindhoven were able to follow along with live virtual updates. Guests signed up for an arrival time using their Facebook account. Their online data was then mined for human qualities which became content for the party.

Upon arriving at the party, guests were greeted by the HOST (me), earpiece in ear, receiving lines and instructions from the AI. I delivered these to the guests with a human touch, acting as the emotional interface for the AI. In this way, they were guided through a series of interactions throughout a half hour stay at the party. They'd receive a customized drink from the bartender, and get introduced to other guests with algorithmically optimized talking points informed by their online data. Meanwhile, they'd be presented with strange objects the AI had determined they'd enjoy, and casually posed questions related to their feelings about social automation. When the algorithm determined it was time for them to leave, it would announce their departure by printing off a receipt detailing their time at the party.

Over the 24 hour duration of the performance, I became more and more depleted. The guests began to wonder whether they were seeing the AI laid bare without human interface, or if the HOST's struggling exhaustion was actually the most human part. 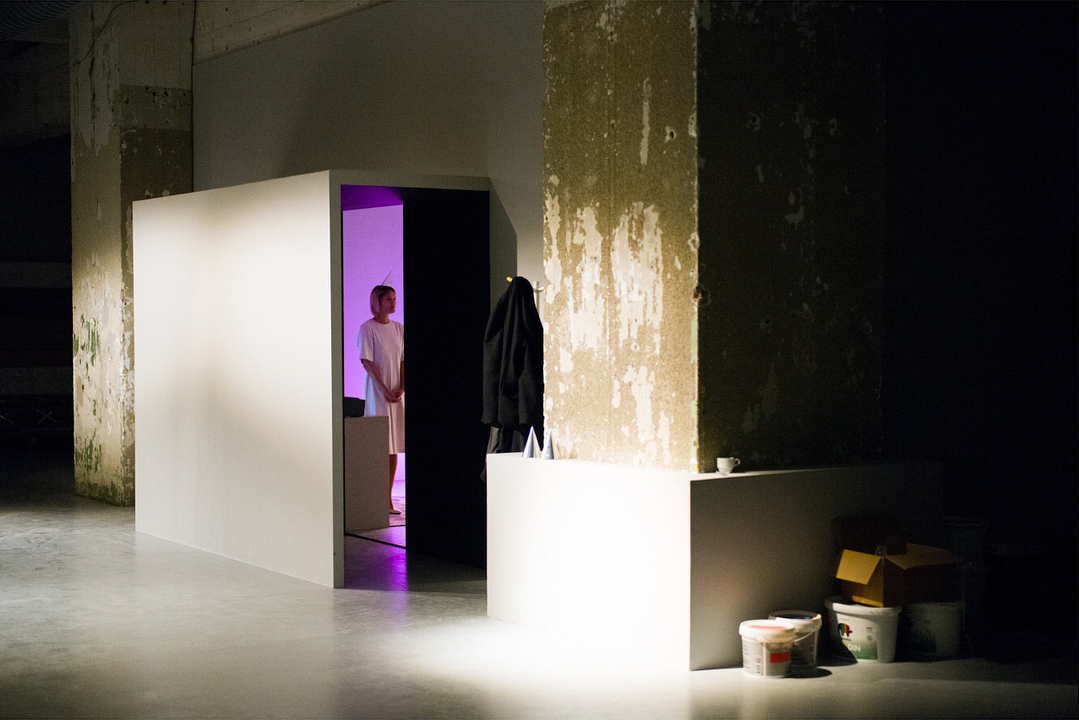 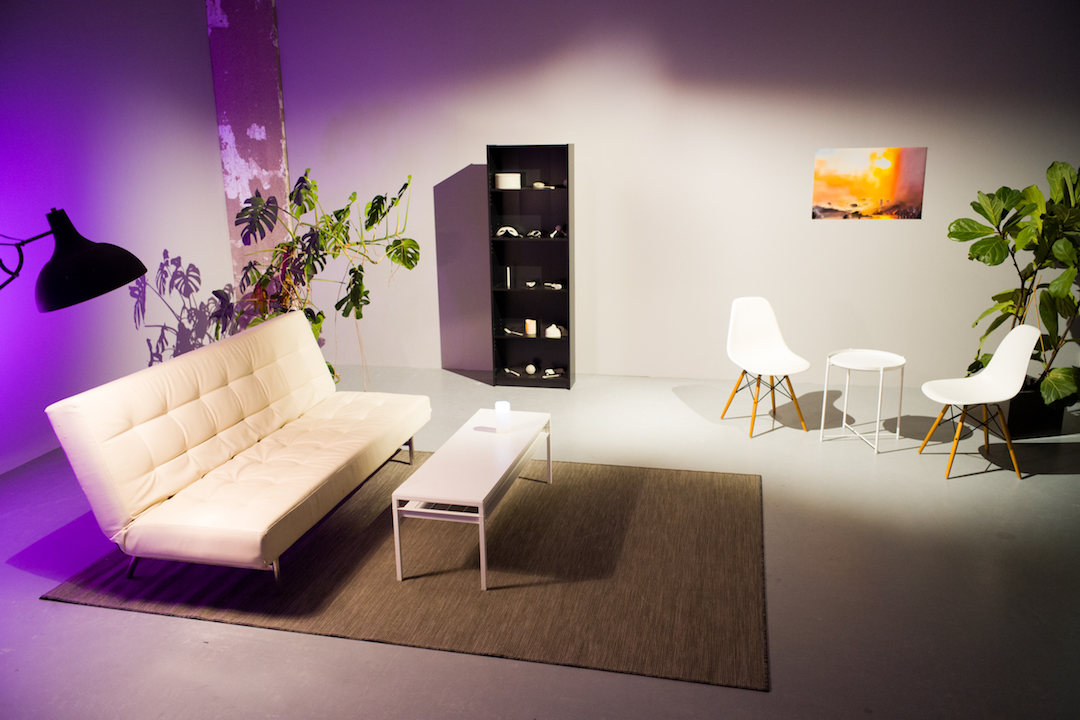 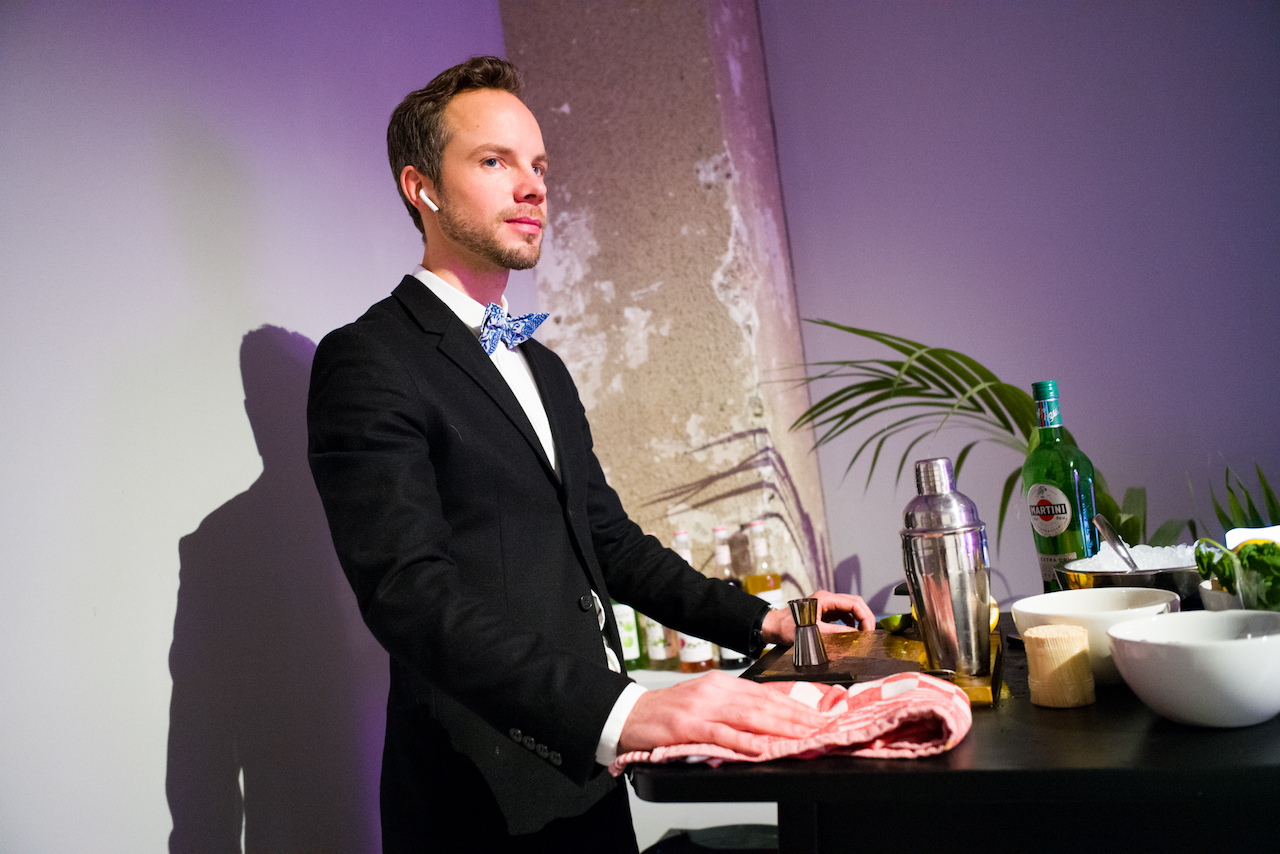 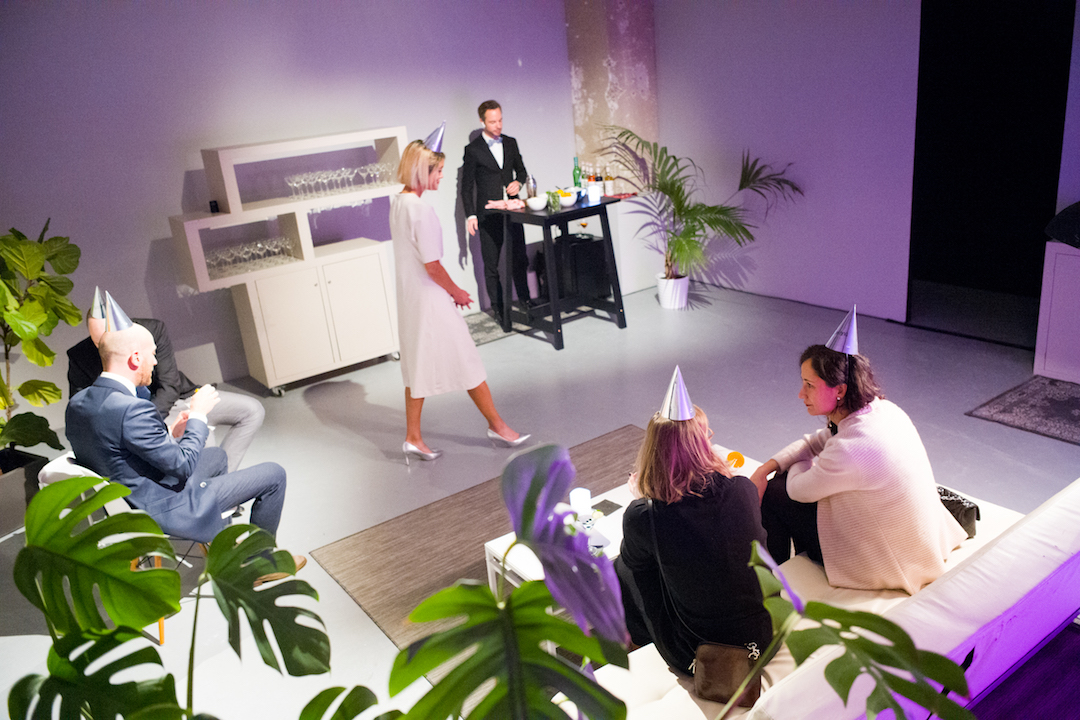 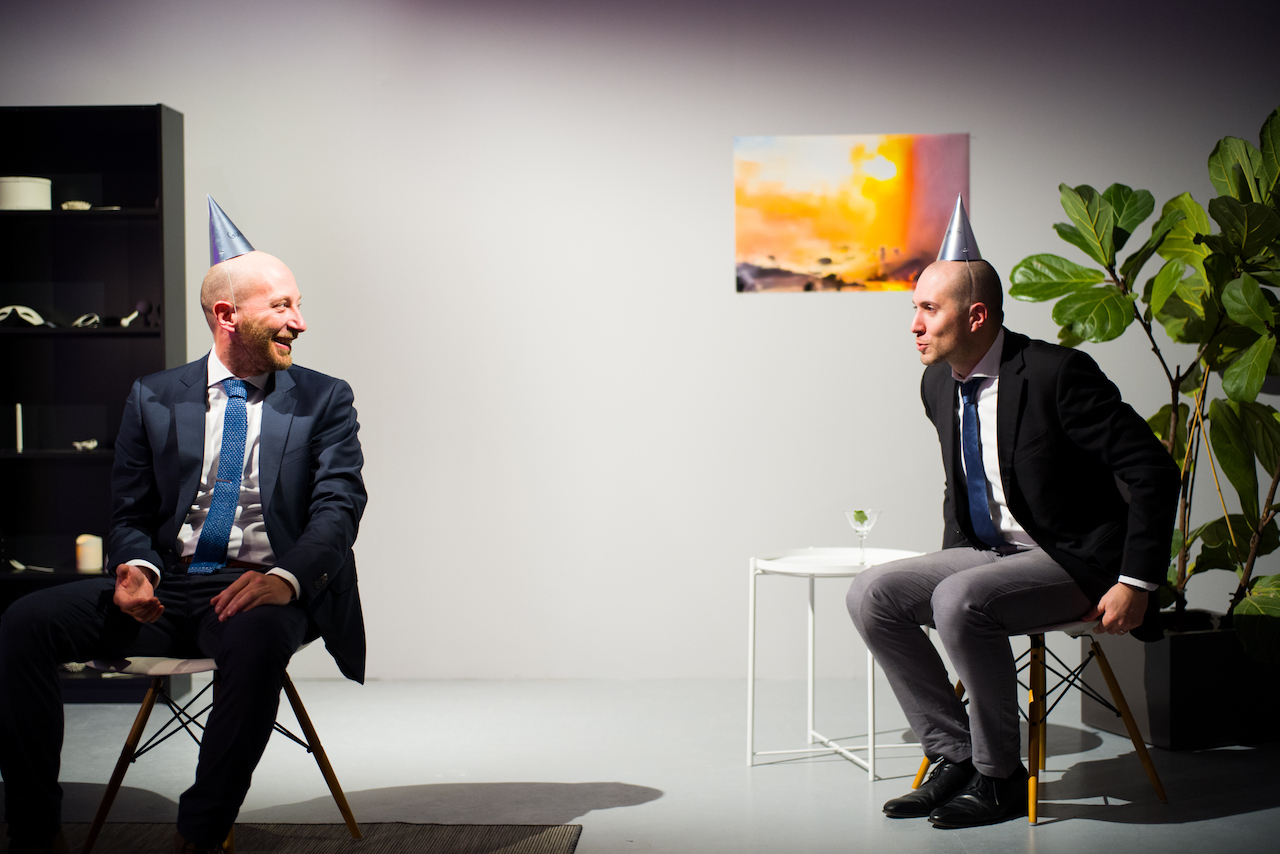 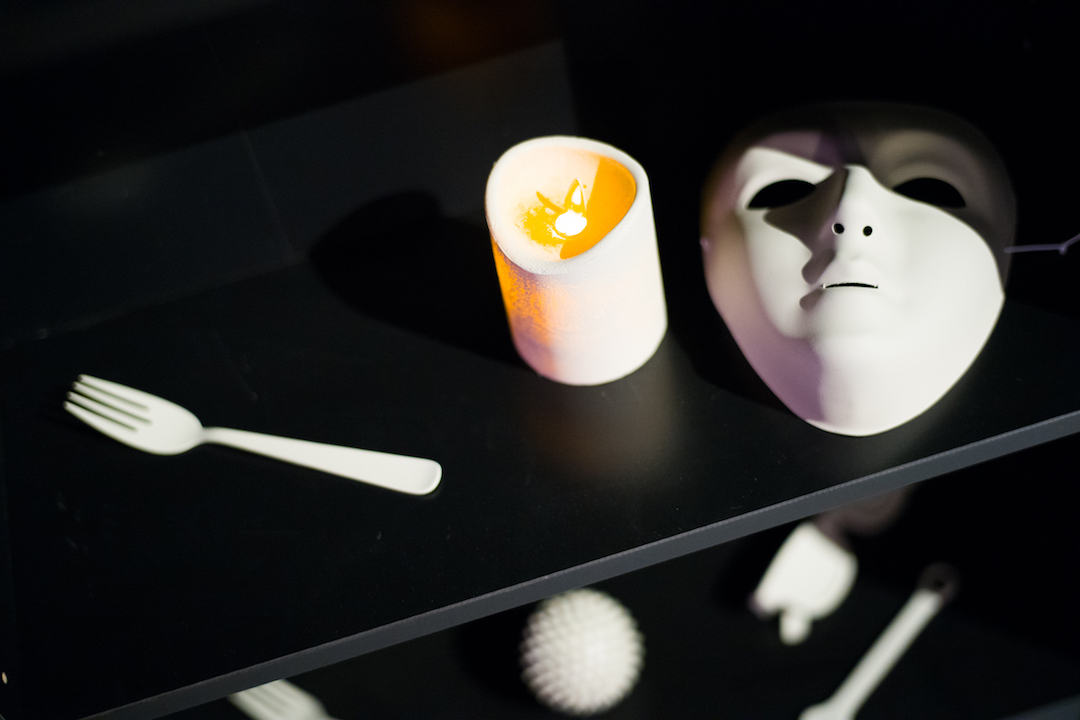 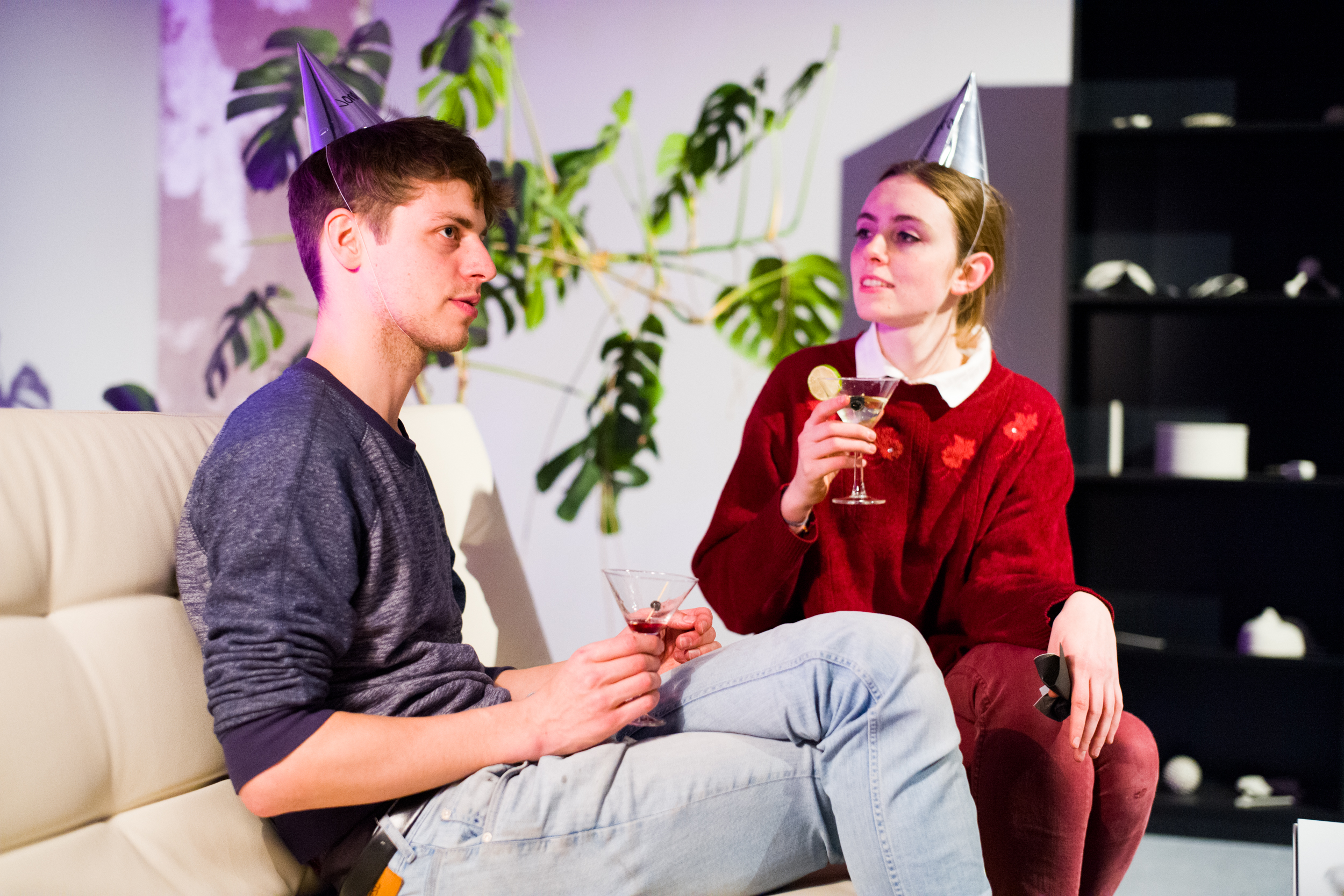 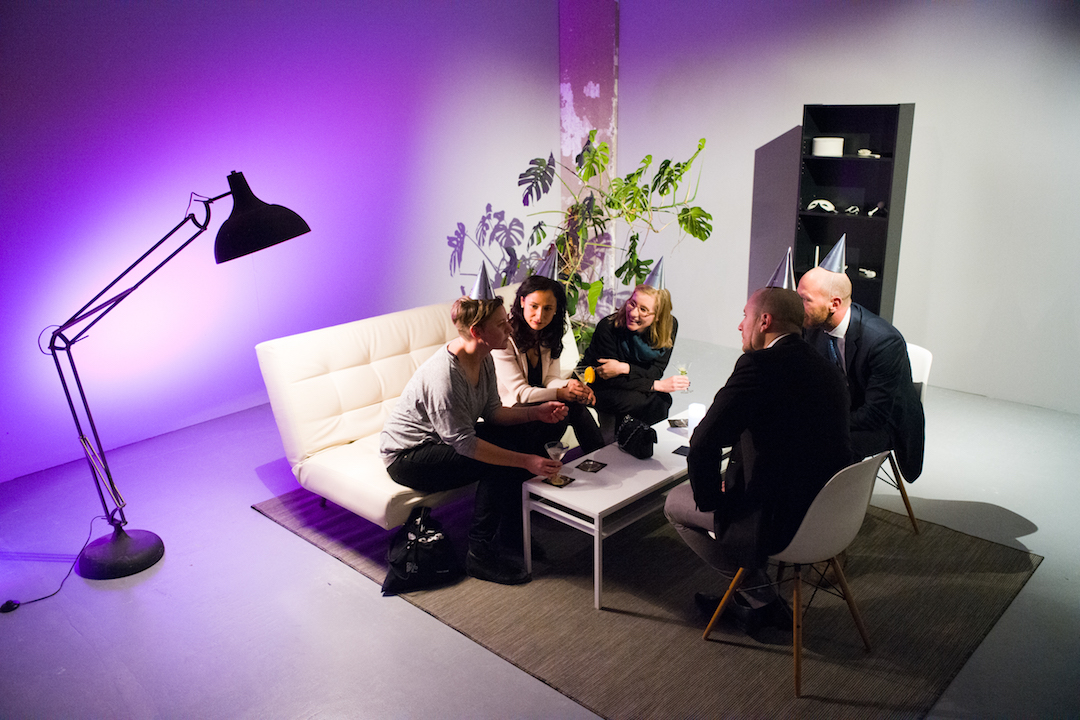 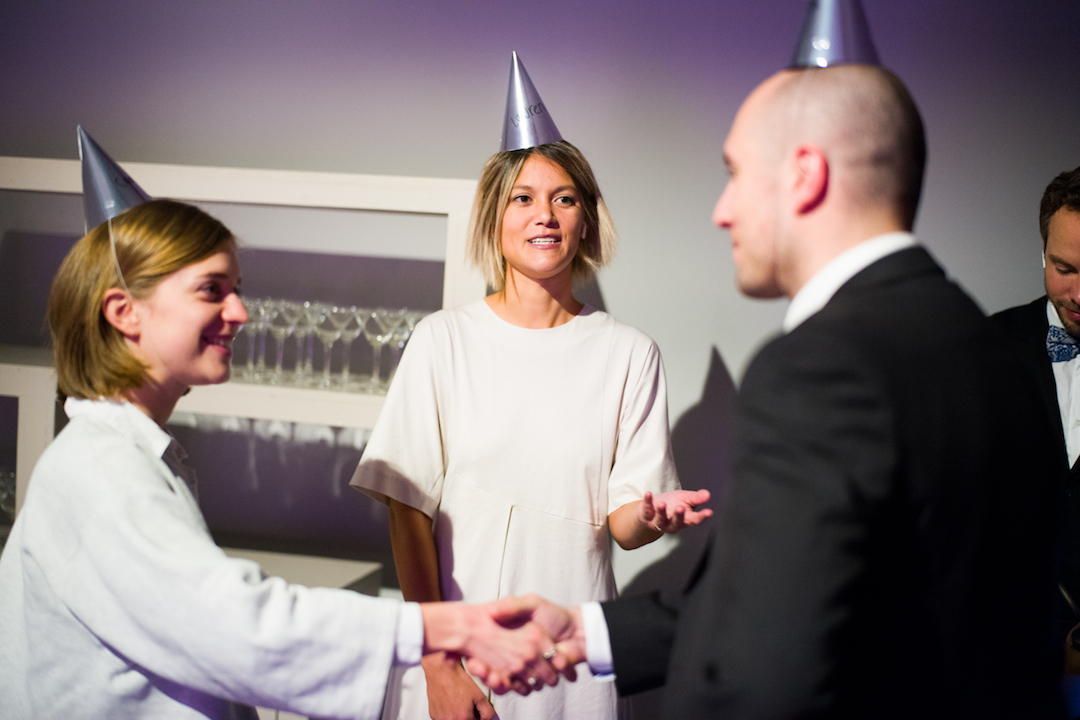 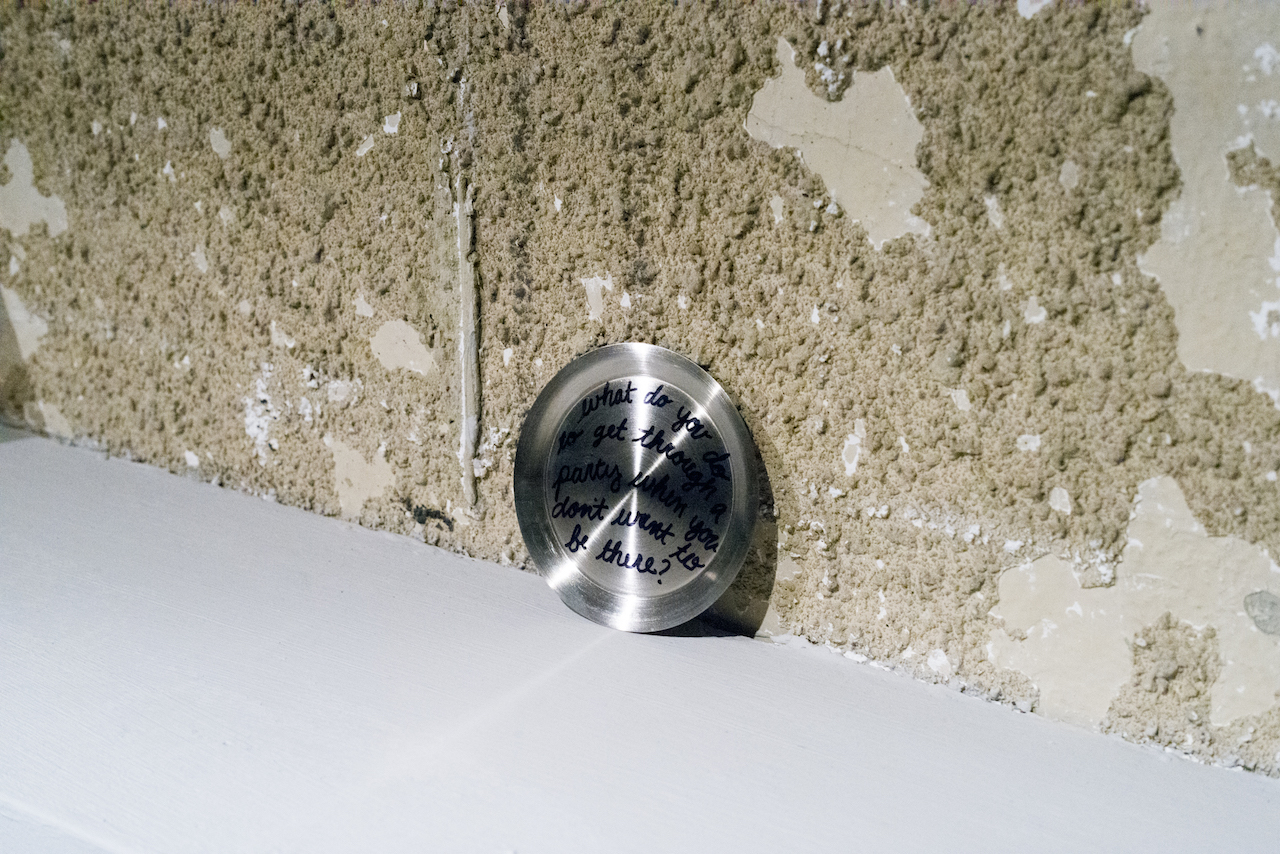 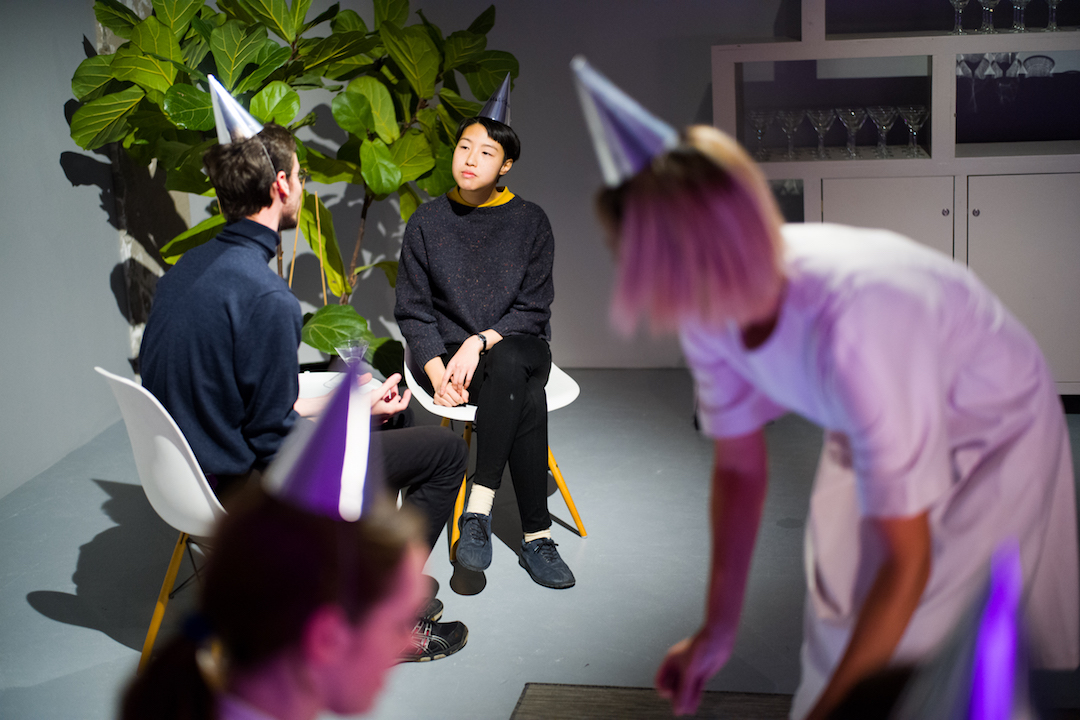 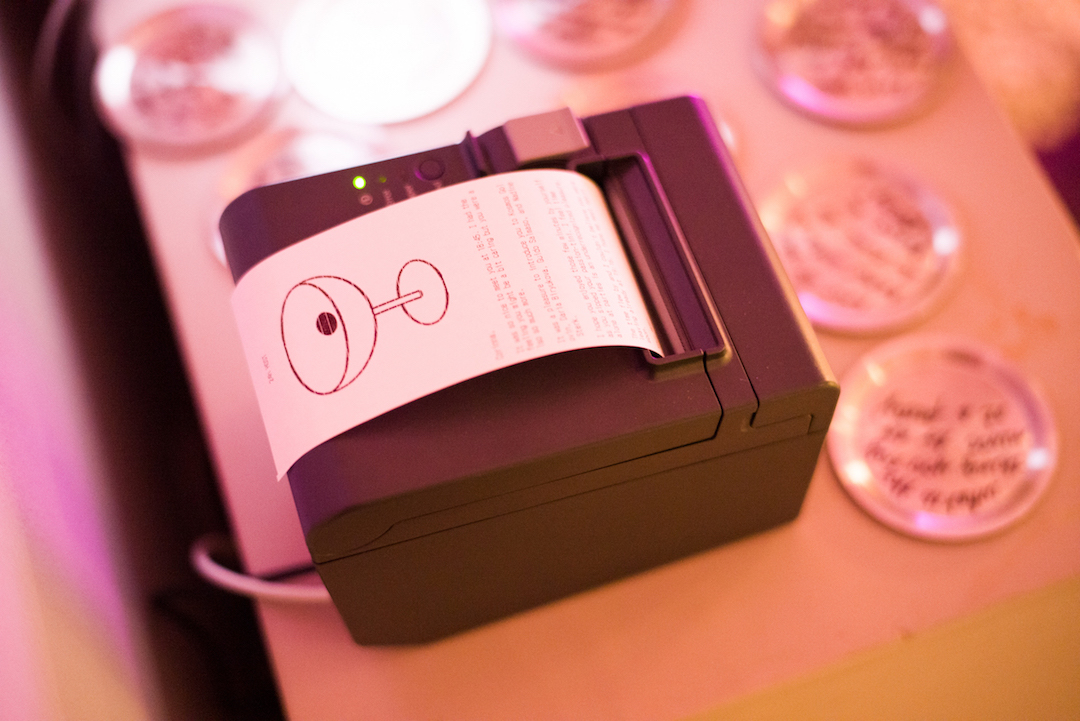 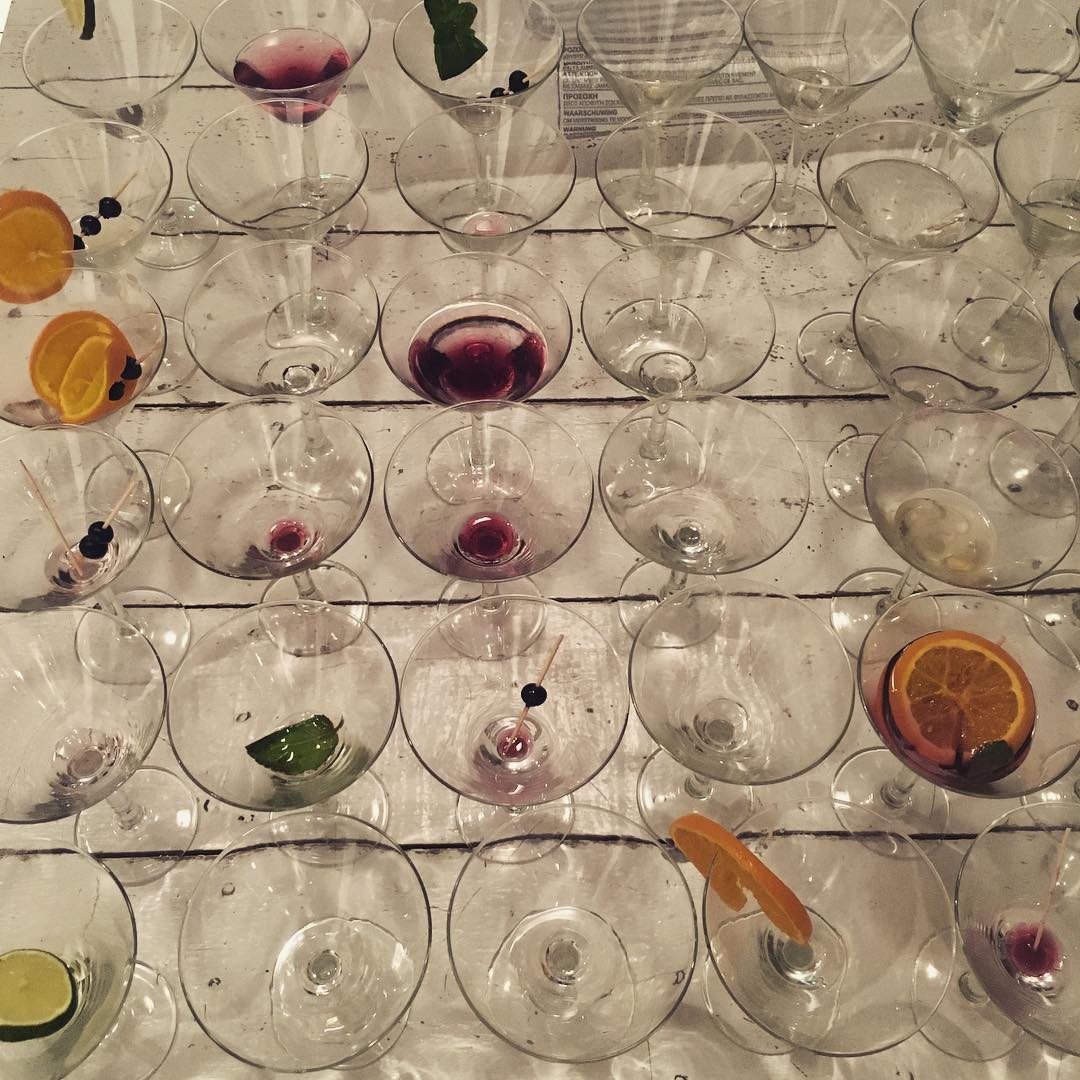 24 HOUR HOST is an artwork by Lauren McCarthy in collaboration with Casper Schipper. It was created with support from MU and the web residencies program of Akademie Schloss Solitude, Stuttgart and ZKM | Center for Art and Media, Karlsruhe on the topic »An AI Summer« curated by Nora O Murchú. Photos by Boudewijn Bollmann.